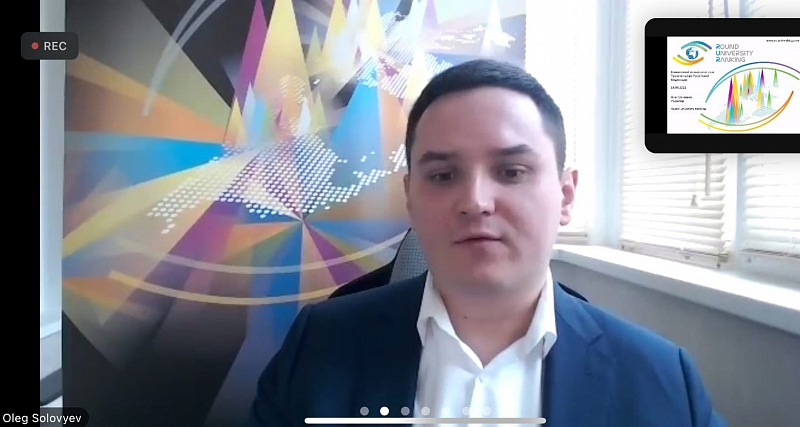 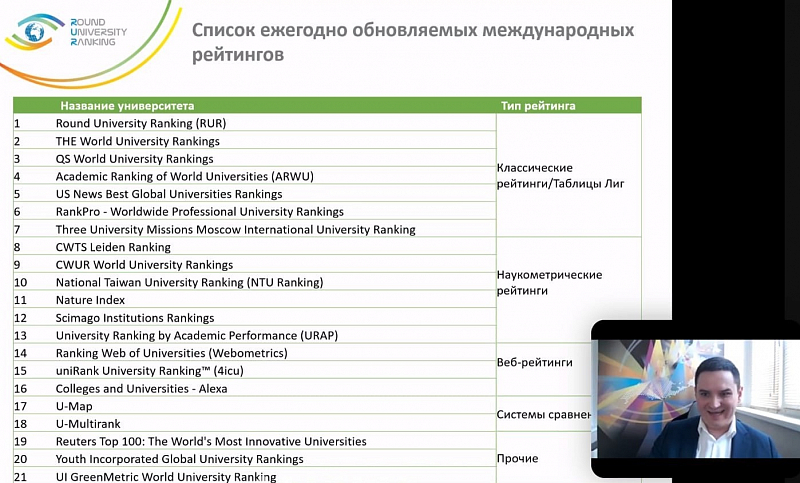 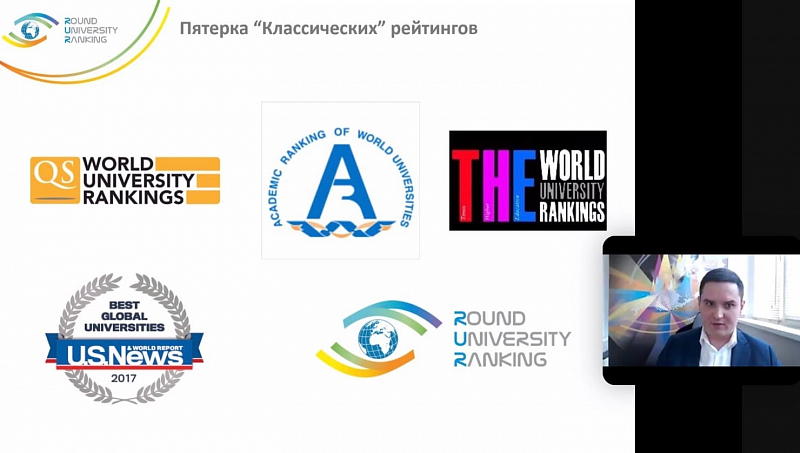 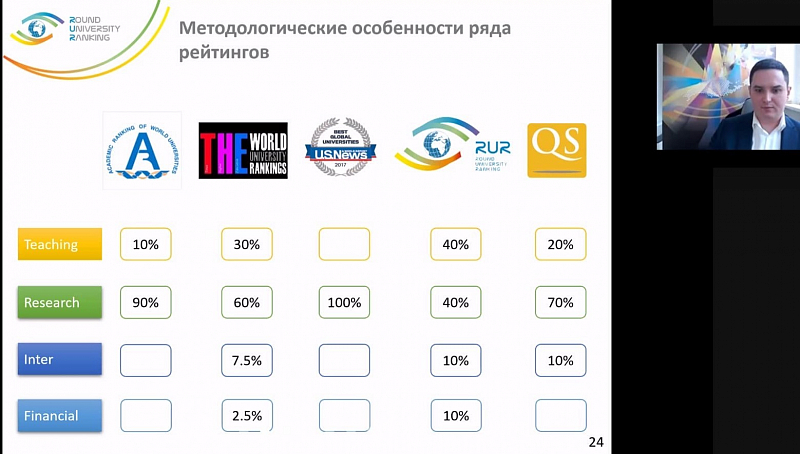 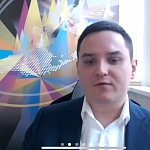 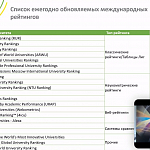 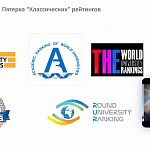 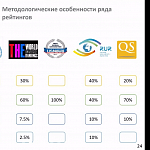 On April 14, 2021, as part of the partnership between the Financial University and the International Round University Ranking Agency (RUR), an online analytical seminar was held for the FinU staff.

The RUR Ranking Agency annually publishes the Round University Ranking (RUR), which provides comparison of 1100 leading universities from 85 countries around the world for 10 years (2010-2020) according to 20 indicators distributed into 4 areas: teaching, research, international diversity, and financial sustainability.

The seminar was opened by Strategic Development Director of the Financial University Alexey Oborsky.

In his presentation, Mr Solovyev highlighted the following key aspects:
– Diversity of global ratings;
– Analysis of world and all-Russian university results in the ranking;
– Analysis of the positions of the Financial University in the ranking and recommendations for their improvement;
– Comparison of the FinU performance with other universities.
– FinU’s future positions in this ranking.

As part of the report, Oleg Solovyev also noted the dynamics of the top 10 countries in the number of universities-participants in the overall RUR ranking for 2020.

"Russia occupies the second place in the number of universities participating in the ranking, and the Financial University has confidently taken 586th place in the World Ranking 2020", shares Mr Solovyev.

At the end of the seminar, Oleg Solovyev answered all the questions of the participants and provided recommendations on completing the questionnaire on educational, scientific and international performance of the Financial University.