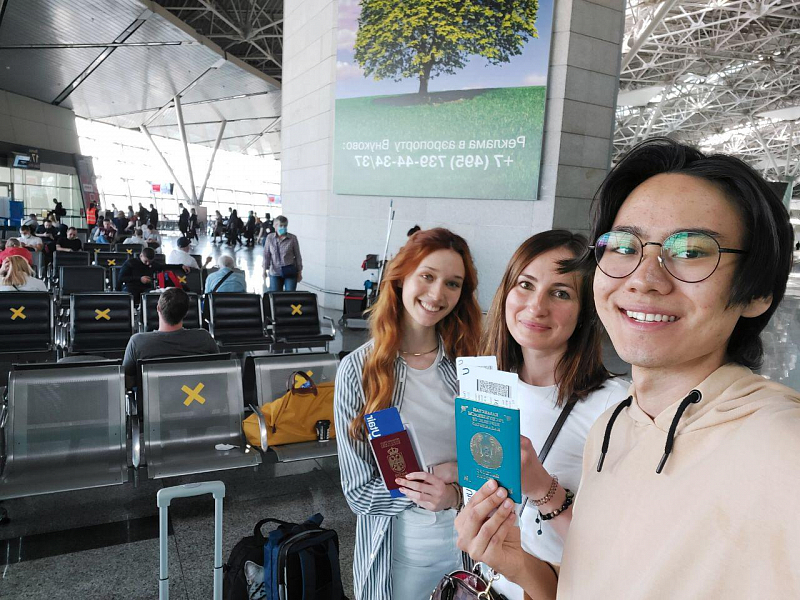 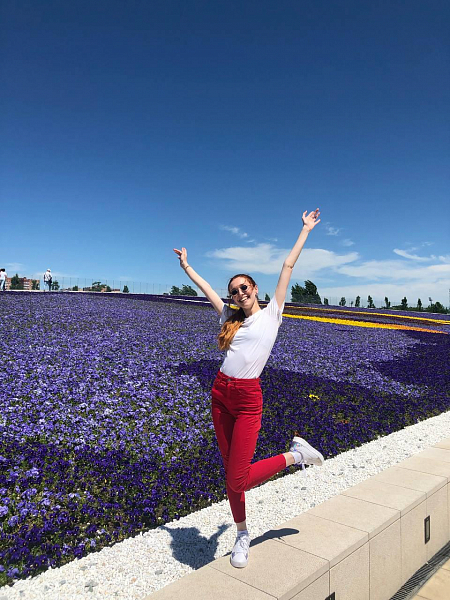 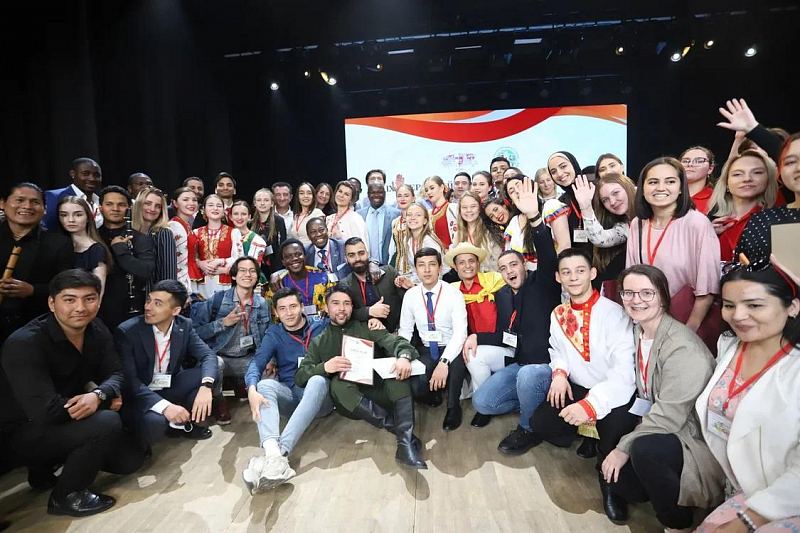 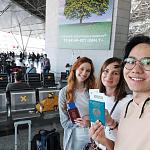 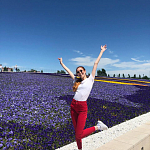 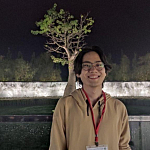 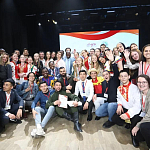 Students of the FinU Pre-University Training Faculty share their impressions about their trip to the IX Congress of the Association of Foreign Students of Russia which was held at the Krasnodar State Institute of Culture.

"Now when we are at home, and enough time has passed to realise that we are overwhelmed with emotions, we can talk about our exciting trip to the IX Congress of the Association of Foreign Students of Russia which took place in Krasnodar! I do love travelling and expanding my horizons, I volunteer abroad (Italy and Spain). So I was incredibly excited when the Dean told me I was going to this conference.

On May 18th, I met a wonderful guy Arystan from Kazakhstan (Almaty) in front of the main building of the university. Just in a couple of hours, together with our Deputy Dean for Educational Work of the Pre-University Training Faculty Ekaterina Popova, we were 1354 km away from Moscow.

We were introduced to group mates, students from different parts of Europe and Asia as well as volunteers — students of the Krasnodar State Institute of Culture, who were really eager to talk to us to broaden their horizons.

When we were being shown around the University, the organisers surprised us with the opera by Giovanni Pergolesi "The Maid-Mistress". By the way, it was the first time in my life when I had watched a performance like this. Filled with positive energy, we set out to discover a city yet unknown to us during the first evening. Walking through beautiful parks, we learned a lot about the spirit and mood of the people of Krasnodar: people were very hospitable like the weather.

The second day of our stay was filled with conferences dedicated to the migration problems of foreign students. I discovered an interesting fact — the Permanent Visa Act for Foreign Students is under consideration.

Its purpose is to approve student visas for the whole period of studies, so that students do not have to face the difficult process of visa renewing every year. We also learned more about the Association of Foreign Students of Russia.

During our last day of the Congress we visited Galitskiy and Chistykovskiy Parks. One of the volunteers who guided us around the parks was very passionate and well informed of the history of many peoples, even mine. I was genuinely impressed by his knowledge of the situation in the former Yugoslavia before and during the Second World War.

I would like to thank the Financial University for this opportunity and for your trust. You managed to make my time in Russia unforgettable! I hope I met your expectations!

"What is it possible to do within a 2 day period? For example, it is possible to get numerous new and exciting experiences, which the participants of the IX Congress of the Association of Foreign Students of Russia in Krasnodar managed to get!"

I have always believed that a multicultural society is the driving force of progress, and once again I have seen it myself. When people from different cultures and different languages meet in one place with their own vision of the world, you realise how small our world is. Africa is not just about a distant continent with its customs and traditions, but also about a student from Ivanovo whose name is Kofi.

A very rich program helped us to immerse ourselves in the atmosphere of the event and the region with a rich history. Similar projects as the Congress of Foreign Students are a solid foundation for the development of Russia and us, foreign students in it", comments Aryst Shukashev.