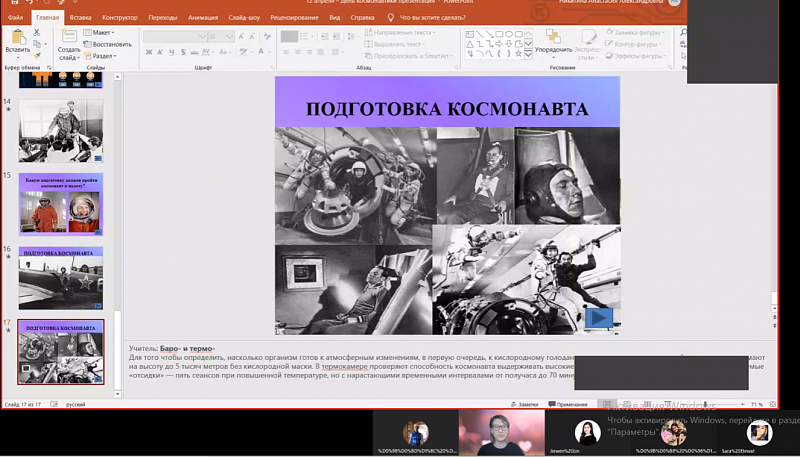 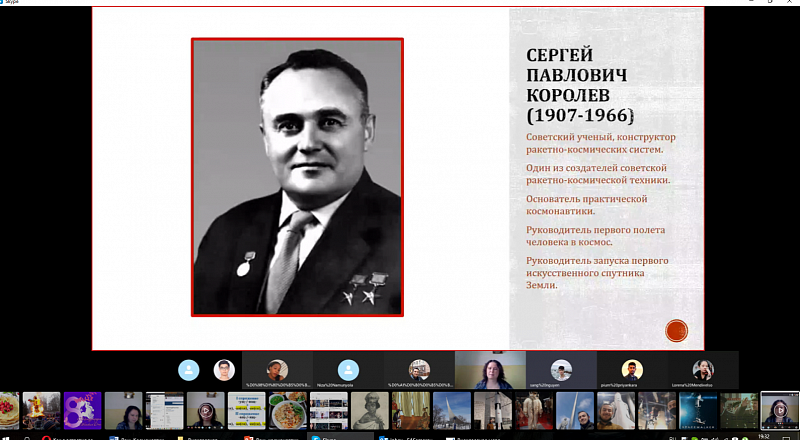 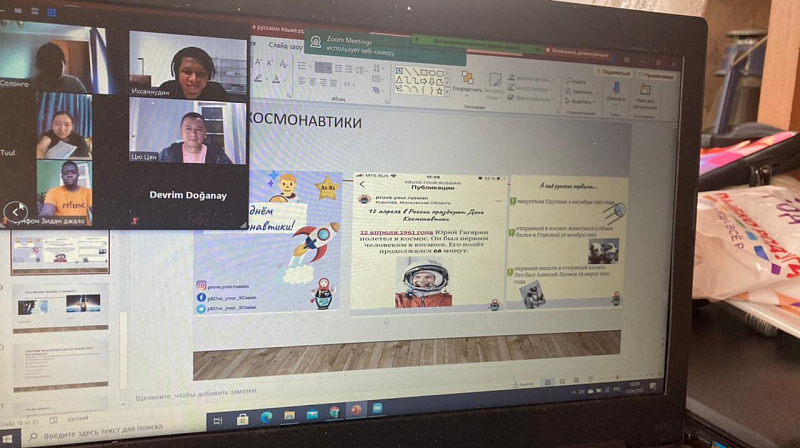 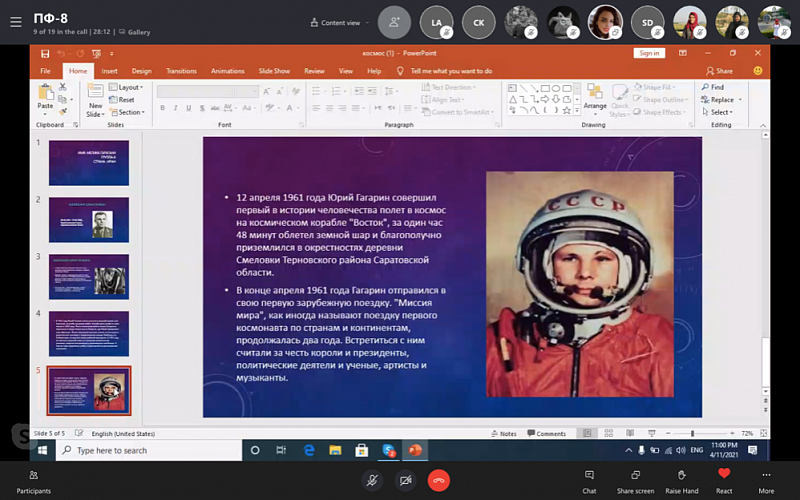 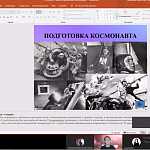 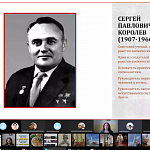 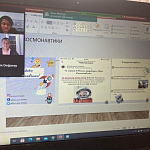 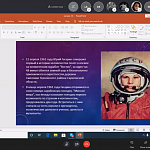 Yuri Gagarin is generally accepted as the symbol and hero of Space Day.

During the open class, foreign students of the Pre-University Training  Faculty learned not only about the hero of the USSR Yuri Gagarin, but also Sergey Korolev, who was a lead Soviet rocket engineer and spacecraft designer, whose tragic fate became of particular interest to the students.

It is no secret that before acquiring the status of the great Soviet scientist, Sergey Korolev was imprisoned at the Gulag due to false denunciation: first, he stayed in transit prison and later, worked in Kolyma, where he mined gold in squalid conditions and seriously damaged his health. Even in these circumstances, he did not receive the long-awaited and deserved freedom but was forced to work in a secret research facility for prisoners.

During the event, the students of the Pre-University Training Faculty listened to some stories about space exploration, discussed the importance of the first flight, and also watched the cartoon “We can not live without space”, which was nominated for “Oscar”.

Besides, the students held their own flashmob #Go, recorded a little video where they say Yuri Gagarin’s famous in their native language.

At the end of the class, the foreign students discussed the achievements of the modern space industry: a collection of poetry and songs by Director of the Roscosmos State Corporation Dmitry Rogozin,  as well as the launch of the new TV channel "Roscosmos". They came to the conclusion that the future of space exploration belongs to private space companies, which are trying to lower the cost of space travel. The students expressed their hope that one day man will go to Mars.