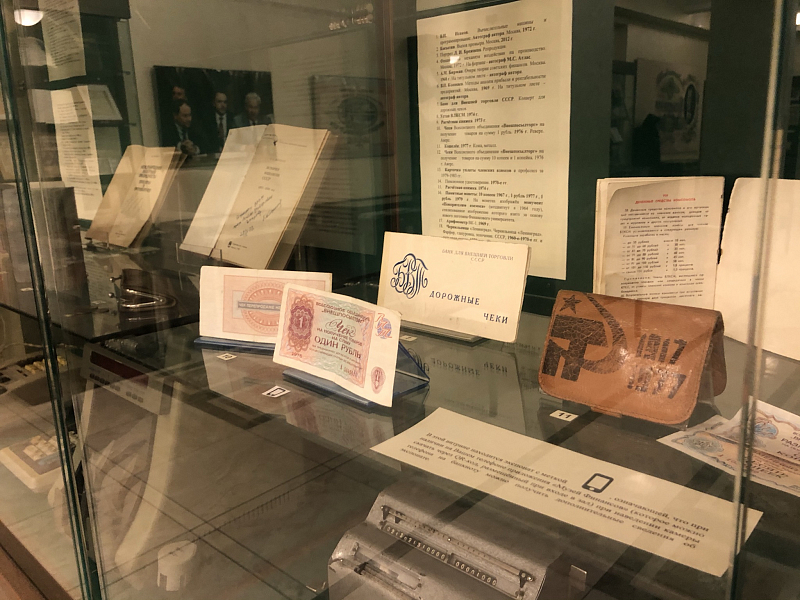 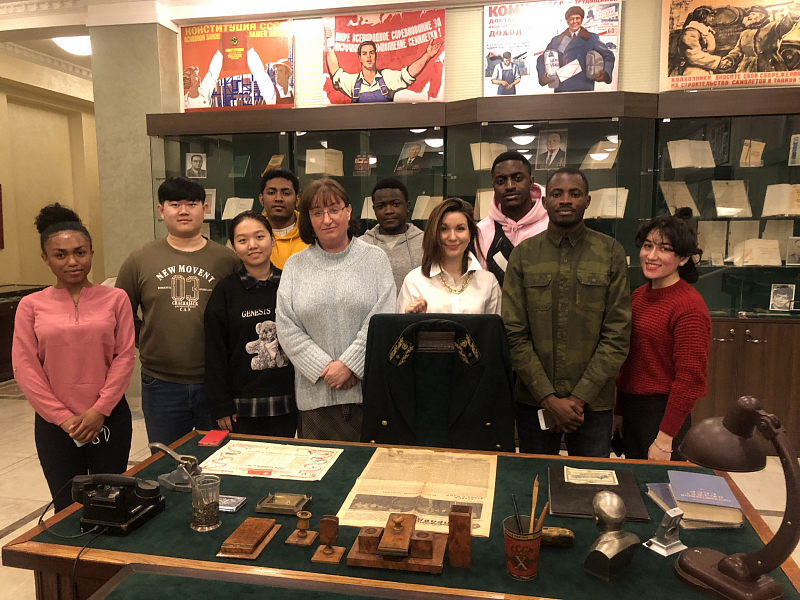 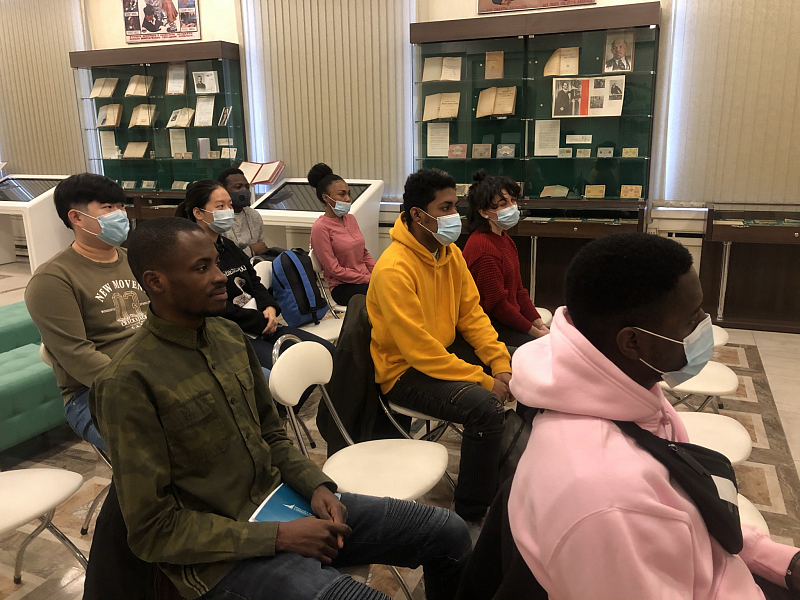 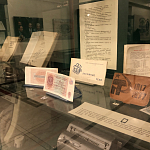 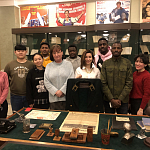 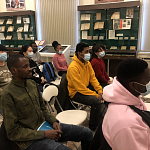 Within the Russian language course "Potalkuem", FinU foreign students attended a lecture entitled "Price and Value" at the Museum of Finance on March 17, 2021.

Director of the Museum Natalia Chirkova gave a tour specially for the students, proving by an example that the price does not always determine the value.

For example, a photograph with the Class of 1930 of the Moscow Financial and Economic Institute (from which the history of the Financial University began) is valuable, as it depicts People's Commissar Grigory Grinko. As Mr Grinko was repressed, there are almost no other photos of him.

Another example is the student ID of Ivan Zlobin (1928), our famous alumni, Deputy Minister of Finance of the USSR, who later worked at the Moscow Financial Institute and headed the Department of Finance.

During the fascinating tour, the foreign students asked the following question: "Do these things have a price?" and "What is their value?". They also shared with Head "Potalkuem" Anastasia Voytsitskaya what their family relics were and why.  For one student, it is a family house built by a great-great-grandfather, for another, an unquestionably valuable stuffed animal presented by his mother, which traveled from Cameroon with its owner to study in Moscow.  Each foreign student had a very interesting and personal history to share.

The subject was hard but certainly exciting for the students. They unanimously agreed on gathering every Wednesday to discuss interesting topics in Russian!