Renowned Doctor of Economics, Corresponding Member of the RAS Dmitry Sorokin Dies at 75 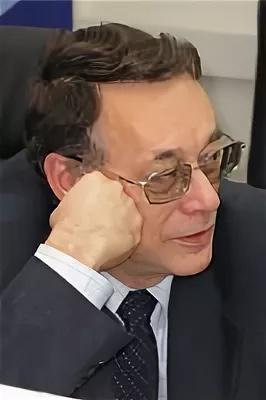 We would like to express our profound condolences to Professor Sorokin’s family and friends, FinU staff members and students, and the whole academic and student community at the University.

We regret to inform you that after a severe and long-term illness Dmitry Sorokin, Doctor of Economics, Corresponding Member of the RAS, Professor, Head of the Department of Economic Theory of the Financial University, passed away on Sunday, March 14. He was 75.

Prof. Sorokin was an outstanding scholar and organiser of numerous scientific researches, who made a significant contribution in developing the social and economic strategy of our country.

It is difficult to overestimate Dmitry Sorokin’s contribution to education: he actively participated in the life of the Free Economic Society of Russia, both as its Vice-President and Scientific Advisor and took an active part in organising major international scientific events. He was Editor-in-Chief  of "Vestnik of the Financial Academy" and a member of editorial boards in many scientific journals: "Vestnik of the Institute of Economics RAS", "Issues of Economics", "Journal of Economic Theory" and others.

He was a great man with a wonderful sense of humour, always surrounded by his friends, though sometimes preferring to spend his summer holidays floating along the Siberian rivers all by himself.

Prof. Sorokin was born on January 1, 1946 in Moscow, graduated from the Moscow Economic and Statistical Institute. In 1972 he defended his PhD thesis and, later, in 1991 his Doctoral thesis. He actively combined scientific work with teaching, and in 1993 he was awarded the academic title of professor.

Since 2008, at the invitation of FinU Rector Prof. Mikhail Eskindarov, Dmitry Sorokin worked as Head of the Department of Macroeconomic Regulation, Vice-Rector for Scientific Work and Scientific Advisor of the Financial University. He also headed the Department of Economic Theory.

It is difficult to imagine tomorrow without Prof. Sorokin — not only a renowned scholar and public figure, but also a wise leader with enormous experience in any aspect of his work: from working with students to fundamental scientific research. Prof. Sorokin was always ready to search answers to difficult questions and support any initiative.

With his passing, we feel the loss of a great teacher, an inspiring leader, and a true friend.