March 3, 2020, Scientific-Practical Conference "Prospects of the Labor Market in the Eurasian Economic Union and Migration" was held at the Financial University within the framework of the Cross-Year of Russia and Kyrgyzstan. 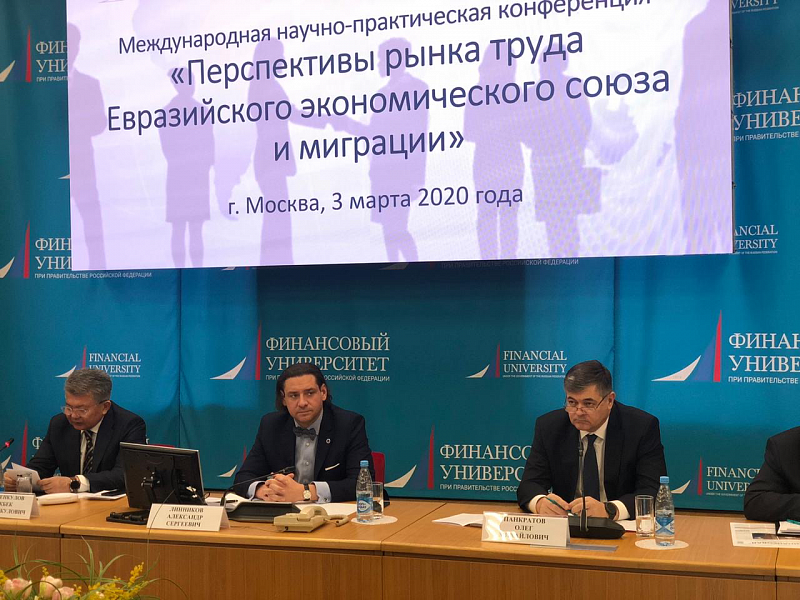 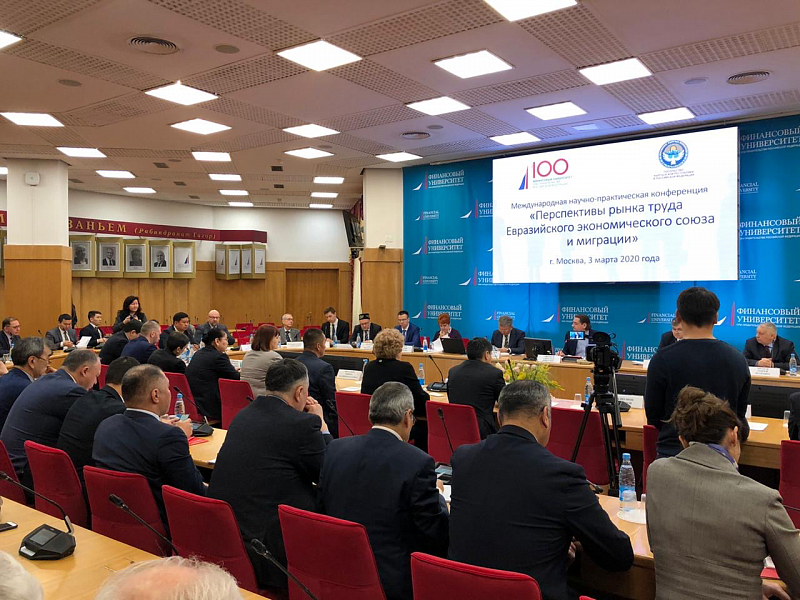 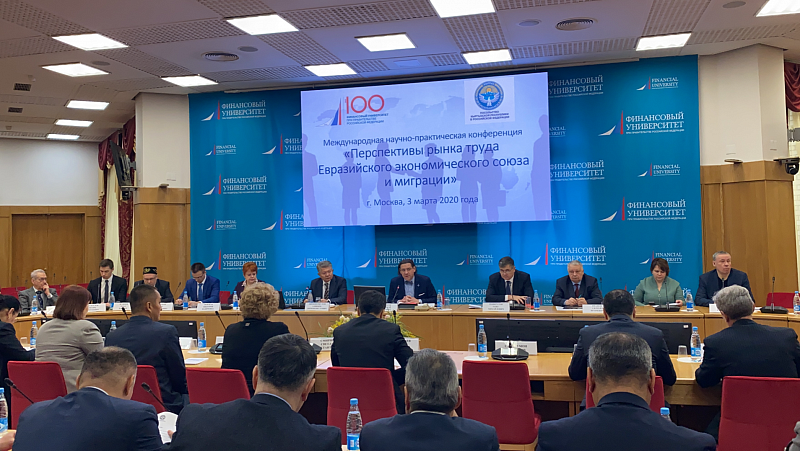 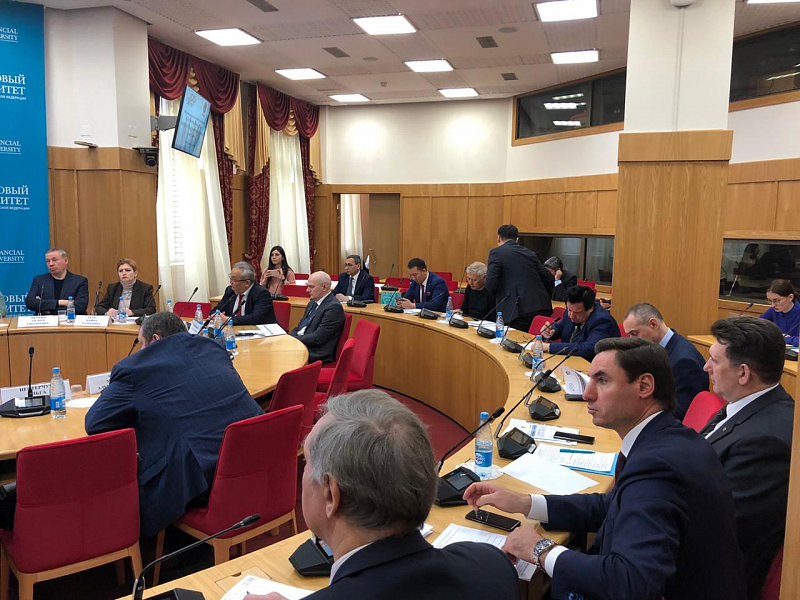 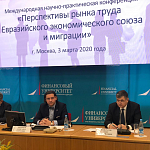 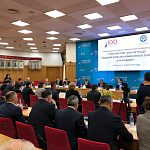 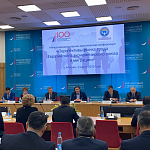 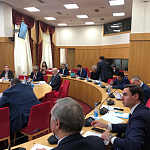 March 3, 2020, Scientific-Practical Conference "Prospects of the Labor Market in the Eurasian Economic Union and Migration" was held at the Financial University within the framework of the Cross-Year of Russia and Kyrgyzstan.

The main aim of this conference was to improve the efficiency of implementing measures on migrants’ social and cultural adaptation and integration among the countries from the Eurasian Integration Association.

The conference was attended by the members of the Federation Council, deputies of the State Duma, heads of the Parliament of the Republic of Kyrgyzstan, ambassadors of the CIS countries in Russia, representatives of international organisations, scientific and expert community as well as leading scientists, experts and diplomats from the EAEC countries.

On behalf of the Rector of the Financial University, the guests were welcomed by Vice-Rector for International Cooperation Alexander Linnikov. Mr Linnikov shared an experience of resolving contradictions between people of different nationalities, as 1.5 thousand foreign students from 64 countries are currently studying at the Financial University.

"Migration and especially labour-migration play an important role in the relations between the CIS countries and the countries of the Eurasian Economic Union, so the topic proposed by our Kyrgyz colleagues is more than relevant," says Alexander Linnikov.

During the Conference, Ambassador Extraordinary and Plenipotentiary of the Republic of Kyrgyzstan to the Russian Federation Alikbek Djekshenkulov noted that the relations between Kyrgyzstan and Russia are developing in many directions.

Labor migration is one of the most important directions, so the efforts of the two countries should be aimed at improving working and social conditions, for example, simplifying the registration and work permit procedure, compulsory medical education, pension provision, recognition of education for visitors

Adviser of the President of the Republic of Kyrgyzstan Oleg Pankratov stressed that the main country of migration flows from Kyrgyzstan is Russia.

"Kyrgyz and Russians are close mentally, we have a similar educational system. The Russian language is an official language of interethnic communication in Kyrgyzstan. With the population of Kyrgyzstan of 6.5 million people, more than 700.000 of them work in Russia, which is an important part of the economy of the republic, since a big part of the earned money in Russia comes in the form of money transfers to Kyrgyzstan and enters its economy, " – said Oleg Pankratov.

Migration takes an important place in the relations between the countries of the Commonwealth of Independant States and the countries of the Eurasian Economic Union, so the topic of the conference is more than actual, and the problems that need to be solved are very diverse.