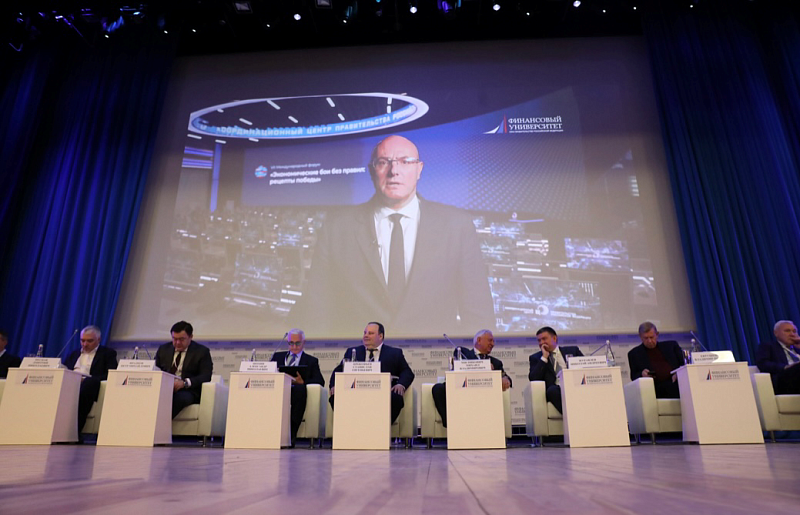 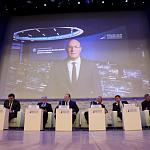 On November 22, 2022, the VII FinU International Forum “Economic Fights without Rules: Tips for Victory” began its work in Moscow. The Forum is being held for the seventh time and is rightfully one of the leading discussion platforms for expert discussion of topical issues such as the global economy and socio-economic policy of modern Russia.

The plenary session, which opened the work of the discussion platform, was devoted to economic development in the conditions of sanctions restrictions. Among the topical issues on the agenda are the possibility of returning the Russian economy to a phase of sustainable growth, the search for allies and partners, technological and financial sovereignty, the introduction of digital technologies in the management of public and corporate finance.

Russian Deputy Prime Minister Dmitry Chernyshenko sent a video greeting to the forum participants, noting the importance of forming the basis for the digital development of the country’s economy in the face of new challenges. The Deputy Prime Minister stressed that independence from foreign solutions, information security of data and digital development of regions should become drivers of growth of the Russian economy. D.N. Chernyshenko added that one of the most important tasks is to ensure the demand for the results of scientists’ research by business and industry. To solve these problems, a unified information system for science management is being formed, which will contribute to achieving key goals – finding the best way to develop the country and improve the quality of life in general.

Rector of the FinU Stanislav Prokofiev during the VII International Forum stressed its importance for the experience exchange and best practices, determining the vector of future changes, and finding new approaches to solving problems. Rector of the FinU also spoke about new mechanisms and tools in the field of finance, changes in financial, budgetary and tax policy, and the possibilities of the digital economy.

“It was a year of breaking patterns for the public sector, but the operational measures of the Bank of Russia in terms of supporting the banking sector, and Government measures designed to support domestic demand, were able to reverse this trend,” Stanislav Prokofiev said.

During the discussion, experts also discussed other key challenges facing the Russian economy in the face of sanctions, new priorities of fiscal and monetary policy. The speakers noted the important role of business to support the economy and considered possible strategies for the growth of the national economy facing unprecedented sanctions pressure.

As part of the plenary session, a solemn ceremony of signing the cooperation program of the FinU and the Eurasian Economic Commission was also held. The document was signed by Stanislav Prokofiev, Rector of the FinU, and Mikhail Myasnikovich, Chairman of the Board of the Eurasian Economic Commission. The meeting concluded with the presentation of certificates to the laureates of the FinU Award in the field of life quality.

The forum will last for two days, its participants will be more than 2 thousand people – representatives of public authorities, business, and the academic community. Traditionally, an open lecture of the Nobel Prize laureate will be held as part of the intellectual platform. The honorary guest of the forum this year is the 2006 Nobel Peace Prize laureate for his efforts to create economic and social development from below, Muhammad Yunus.