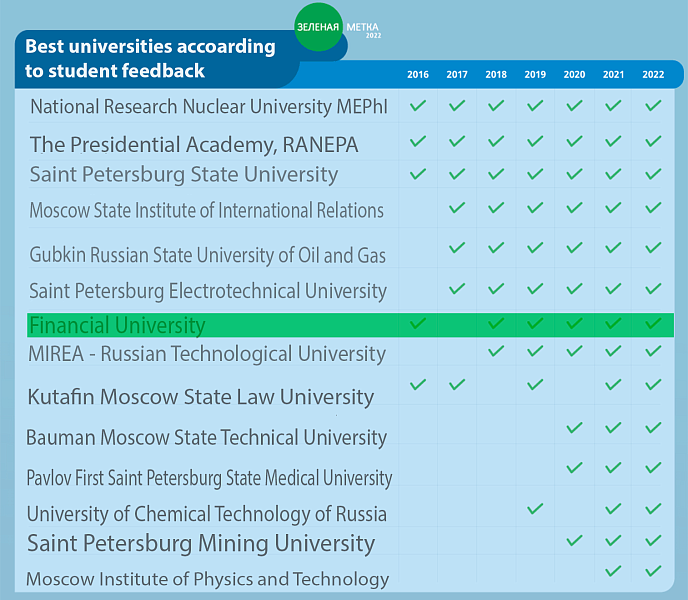 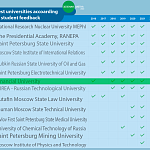 Russia Today presented the results of the annual survey "Russian Universities through the Eyes of Students – 2022" conducted by the "Typical Applicant" project and the Social Navigator of MIA Russia Today.

The authors endeavored to find out whether students were happy with their universities and what exactly they liked or disliked about their university. A total of 300 higher education institutions took part in the study. Feedback from more than 4,000 students was analyzed to evaluate it. In total, more than 427,000 ratings were received, which confirmed the validity of the reviews. The survey was conducted during 2021.

According to the results of the study, the number of dissatisfied students is increasing every year. Only every third student speaks positively about studying at their university. One in two students has a negative impression of their educational institution.

In general, students are most dissatisfied with the work of the dean's office, the schedule, the courtesy of staff, catering, dormitories and the quality of education.

However, Financial University under the Government of the Russian Federation has already received the “green mark” for the fifth year in a row and has become the leader in the positive feedback received from students.

Dear students, we appreciate your participation in surveys, your time spent writing reviews, comments and messages – they make us only better!